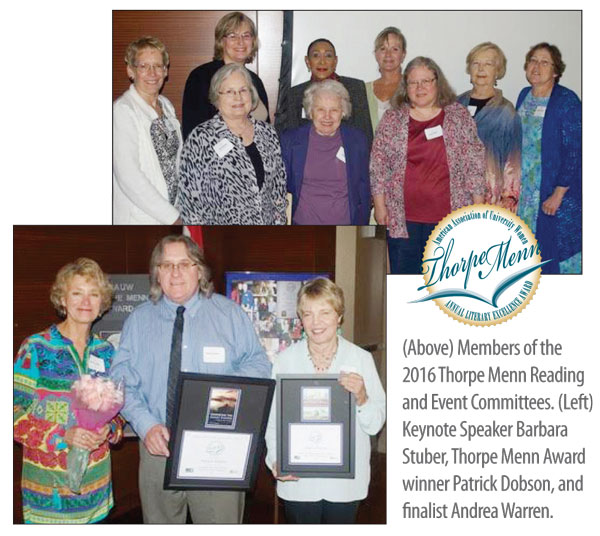 The 2016 Literary Excellence Award was presented to Patrick Dobson for his book Canoeing the Great Plains: A Missouri River Summer. The finalists were: Andrea Warren for The Boy Who Became Buffalo Bill: Growing Up Billy Cody in Bleeding Kansas and James P. Muehlberger, The 116: The True Story of Abraham Lincoln’s Lost Guard.

We are already making plans for the 39th event in October 2017. If you would like to nominate an author, go to the Thorpe Menn page under “Events” for guidelines and instructions. The deadline for nominations is May 1, 2017.